By José Manuel Salazar Xirinachs, Former Regional Director of the International Labour Organisation (ILO) for Latin America and the Caribbean, and former Minister of Foreign Trade of Costa Rica

The damage of the COVID-19 pandemic and the ensuing global lockdown crisis will be devastating, causing the worst disruption to labour markets in Latin America since the Great Depression. Up to 43 million people – probably more – could be unemployed in 2020. Tragically, the state of labour markets in the region was bad even before the crisis. Repairing the damage while addressing past structural legacies is possible, but it will be slow and challenging, and will require something most countries in the region have not done well in the past: a massive focus on microeconomic policies for accelerated productive transformation, and technological and human talent development.

The damage has only just begun and is still evolving, but already looks severe. The Economic Commission for Latin America and the Caribbean (ECLAC) estimates a contraction for the region of -5.3%, the IMF of -5.2%, and the World Bank of -4.6%. All projections now point to severe recessions in all countries in the region. END_OF_DOCUMENT_TOKEN_TO_BE_REPLACED

This blog is part of a special series exploring subjects at the core of the Human-Centred Business Model (HCBM). The HCBM seeks to develop an innovative – human-centred – business model based on a common, holistic and integrated set of economic, social, environmental and ethical rights-based principles. Read more about the HCBM here, and check out an event about it here

The HCBM project originated in 2015 within the World Bank’s Global Forum on Law, Justice and Development and is now based at the OECD’s Development Centre

We have witnessed numerous efforts to enhance gender equality throughout the past decade. Legal reforms are taking place worldwide, and discriminatory laws are slowly being struck down in favour of parity.[1] But despite developments in employment laws, inequality persists. Women’s labour participation has been stagnant, and last year, the already low number of female CEOs tumbled even further.[2] As the provider of 90% of jobs worldwide,[3] the private sector plays a significant role in the push for gender equality in employment. By adopting gender-smart policies, companies may be able to fill the gaps unaddressed by laws and minimise the impacts of inequality in the workplace. Although not all women work in these institutions, such policies are nonetheless impactful for those who do and could set in motion a new and replicable culture of work – one that is both business-smart and more gender-inclusive. END_OF_DOCUMENT_TOKEN_TO_BE_REPLACED

To learn more about countries’ strategies for economic transformation, follow the 10th  Plenary Meeting and High-Level Meeting of the OECD Initiative for Policy Dialogue on Global Value Chains, Production Transformation and Development, in Paris, France on 27-28 June 2018.

At the beginning of 2017, Lavazza launched ‘’Goal Zero’’ – a call to collective action amongst our many stakeholders to pursue the 17 Global Goals of Agenda 2030 for Sustainable Development. The company decided that co-operation, instead of going it alone, is fundamental for any significant results. Still, we faced the question of how to engage different stakeholders in one all-encompassing plan. For Lavazza, answering this means engaging our different stakeholders – employees, youth, suppliers and the surrounding community – using tailored communications tools. We believe that only a strong commitment originating from within Lavazza can, in turn, fuel external communications. So, here’s how we are proceeding:
END_OF_DOCUMENT_TOKEN_TO_BE_REPLACED 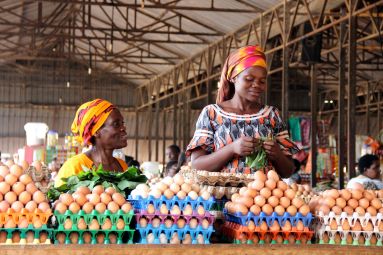 For young people, successful entry into the world of work – that is, successful transition from education to employment – means more than simply finding a job. Successful transition occurs only when young people find decent work. What is actually meant by this has been the subject of much debate for a number of years; but its essence is encapsulated in the ILO’s notion of freely chosen and productive employment.

While it can be hard to define precisely what ‘decent work’ looks like, it is fairly clear what it is not. It is not informal employment. It is not work that provides insufficient income to meet basic needs. It does not involve excessive working time or any form of compulsion. Typically, it does involve some degree of job security, protection from arbitrary dismissal, access to social protection, such as health insurance and pension schemes, and freedom of association.
END_OF_DOCUMENT_TOKEN_TO_BE_REPLACED

The pervasive issue of unpaid care and domestic work in the global fight against gender inequality presents itself in many different contexts and guises. Yet, the one constant thread is the impact of unpaid care and domestic work on time availability. The disproportionate workload borne by women –that hinders their full engagement as economic actors in paid employment, their participation in education and training, and their overall quality of life – is widely recognised. Solutions are diverse. They include technological ones to improve water supplies and save time and labour. They embrace policies and practical ways of providing childcare facilities and paternal leave. And they call for addressing cultural norms underlying the unequal gender division of labour for unpaid work.

END_OF_DOCUMENT_TOKEN_TO_BE_REPLACED

“Before going to Thailand, I already had sewing skills but I did not have the money to open a store. Instead, I had to work as an employee and earned a small income. When I got back to my hometown, I had some savings and was able to open a tailor shop.1”

Contrary to popular belief, migrants have a limited impact on labour market outcomes in low- and middle income countries.2 They are unlikely to take jobs from native-born workers. In some countries, including South Africa, immigration may even create jobs and raise the incomes of the native-born population.

One reason why migrants do not take away jobs is that they are often in jobs that do not appeal to native-born workers. These include so-called non-standard forms of employment such as temporary work, agency work, and dirty or dangerous work. This is not surprising since for many people migration is a necessity and not a choice. Poverty or lack of opportunity encourages people to look for prosperity abroad. While regular channels of migration exist, they are often bureaucratic and expensive. Migrants who use cheaper options may end up in situations of exploitation and abuse.
END_OF_DOCUMENT_TOKEN_TO_BE_REPLACED 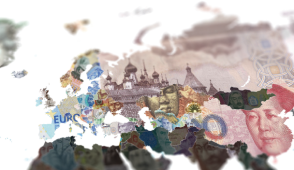 China’s economy looms large in global markets. After decades of sustained economic growth, the country became the world’s largest exporter in 2007 and today sells abroad 60% more goods and services than the United States and 75% more than Germany – the second and third largest exporters, respectively. In addition, China is the second largest importer of goods and services in the world, after the United States.

Because of China’s importance in the global economy, news of its economic slowdown and financial sector turmoil have caused many observers to worry. In fact, at the beginning of 2016, some were explaining the plummeting of stock markets as anticipating a growth collapse in China (also reflected in very low oil prices). END_OF_DOCUMENT_TOKEN_TO_BE_REPLACED

As world leaders prepare to gather in New York to adopt the Sustainable Development Goals (SDGs), leaders and citizens across Africa already have outlined bold goals for the continent’s economic and human development. Africa’s Agenda 2063 sets out an ambitious vision. It reflects close coordination among the African Union Commission, the UN Commission for Africa, the African Development Bank and the New Partnership for Africa’s Development, because Africa’s solutions need to be homegrown. And it prioritizes the continent’s economic and social transformation by catalyzing industrialization and modernization efforts, people-centered development that values gender equality, responsive and democratic governance as well as peace and security.

The tipping point for Agenda 2063’s vision for sustainable prosperity may very well come as Africans focus on two intertwined drivers of economic growth: productive transformation and regional development. Regional development addresses the broader demographic and spatial dimensions of structural transformation. Development strategies that involve local actors and valorize local assets can unlock untapped potential by better valuing the diversity of African regions and by better connecting them, sowing the seeds for a more sustainable and faster structural transformation.

Africa’s unprecedented demographic change is perhaps one of the best explanations for why productive transformation and regional development are increasingly interconnected in advancing long-term development solutions. As Africa’s population increases—an additional 1.2 billion people will call Africa home over the next 35 years—the dependency rate between old and young decreases. This decrease is an opportunity, but it can also turn into a challenge: More than 29 million young people on average will be entering the labor force each year until 2030 in need of jobs.

Creating those jobs requires a plethora of strategies.

Natural resources need to be better exploited and in a more sustainable way. Botswana used its bargaining power as a major world diamond producer to promote forward linkages between diamond extraction by an international corporation and cutting and polishing by local manufacturing companies. Is this a model on which we can build?

Africa needs to be supported to tap in a greater share of global value chains. At present, Africa produces only 2.2% of the world’s production of intermediary goods. While the opportunities offered by greater participation in global value chains are significant, the impact on job creation in formal enterprises has been limited so far.

Space needs to be created for private sector-led activities to spur greater entrepreneurship. The urban informal sector can have annual capital returns of up to 60 or 70 percent, but economic, institutional and social constraints need to be removed to enable entrepreneurs to enhance their competitiveness, expand their businesses and enter the formal sector.

In reality, no one strategy for job creation is enough. Rather, the 2015 African Economic Outlook argues that designing an appropriate mix of strategies that is tailor-made to each particular African context offers the greatest promise. Innovative development strategies maximize the diverse potential of different regions.

Realising both Agenda 2063 and the SDGs in the African landscape reaffirms a fundamental truth: Development solutions need to be created by Africans for Africans. At the same time, engaging in robust dialogues and constructive peer-to-peer exchanges of experiences with developed and developing economies—including Germany and other member–countries of the OECD Development Centre—may provide Africans with insights and information to make evidence-based choices that push innovation in development policies and practices.

This article should not be reported as representing the official views of the OECD, the OECD Development Centre or of their member countries. The opinions expressed and arguments employed are those of the author.

By David Khoudour, Head of the Migration and Skills Unit, OECD Development Centre

This summer’s conference in Addis Ababa acknowledged migration’s positive contribution to development. The newly adopted Sustainable Development Goals (SDGs) now take the next step of announcing migration-related targets. The SDGs recognise the need to protect the rights of migrant workers, especially women migrants, adopt well-managed migration policies and reduce remittance fees. However, international migration remains a very sensitive issue for most countries, as the current refugee crisis reveals. Such apparent schizophrenia between the international development agenda and the national policy one raises one important question: Can migration be good for development in countries migrants leave behind? END_OF_DOCUMENT_TOKEN_TO_BE_REPLACED

By Keiko Nowacka, Gender coordinator at the OECD Development Centre

This September, the world will adopt a new development framework: the Sustainable Development Goals (SDGs) that aim to “transform our world by 2030.”  Gender equality and women’s empowerment feature as a stand-alone goal (SDG5) and are integrated through many of the other goals (e.g. SDG1, 3, 5, 10, 11). By 2030, the SDGs aim to ensure that “every woman and girl enjoys full gender equality” (paragraph 15) through ambitious and comprehensive targets missed in the Millennium Development Goals. Focus now includes unpaid care, violence against women, early marriage and women’s political participation. It is no exaggeration to say that the SDGs boast unprecedented potential for dramatically challenging and changing the status quo of gender equality. END_OF_DOCUMENT_TOKEN_TO_BE_REPLACED