This blog is part of a series on tackling the coronavirus (COVID-19) in developing countries. The OECD is compiling data, information, analysis and recommendations regarding the health, economic, financial and societal challenges posed by the impact of Coronavirus (COVID-19). Please visit our dedicated page for a full suite of coronavirus-related information.

The necessary containment measures against COVID-19 have engendered an unprecedented global economic crisis, combining supply and demand side shocks. Now, the pandemic is affecting Latin America and the Caribbean (LAC) and countries are bracing for the ripple effects. Just months ago, many countries in the region experienced a wave of mass protests driven by deep social discontent, frustrated aspirations, persistent vulnerability and growing poverty. The crisis will exacerbate these problems.

Beyond the magnitude of the impacts on already weak health systems – some 125 million people still lack access to basic health services – the overwhelming socioeconomic impact of the crisis could disproportionately fall on vulnerable and poor households if ambitious policy responses are not put in place. END_OF_DOCUMENT_TOKEN_TO_BE_REPLACED

Until recently, rising levels of citizen dissatisfaction with public services and institutions in Latin America might have merely been pictured as an upward line in a graph. However, it seems to have reached a breaking point. Growing social discontent has boiled over into protests across several Latin American countries over the past weeks. While these protests are complex and multifaceted, understanding the underlying causes is essential to defining policy priorities that may help address the structural sources of discontent.

GDP growth is not alone in driving social unrest, as protests have not necessarily taken place in countries with the lowest growth rates or at times of lower economic dynamism, like the 2008 crisis.  Furthermore, income gradually ‘delinks’ from well-being outcomes, as countries move up the income ladder. This has clearly been the case for most Latin American countries since the 2000s (OECD et al., 2019a). END_OF_DOCUMENT_TOKEN_TO_BE_REPLACED

Violence is a central theme in Latin American popular music. Films and paintings portray well-known tragedies affecting Latin American societies. Art imitates life according to the 2017 Latinobarómetro since Argentinians, Mexicans and Panamanians declare public safety their number one problem. It is second on the list of citizen concerns in Colombia and Venezuela, just behind supply issues in Venezuela and the peace process in Colombia. Violence, crime and insecurity are the region’s main issues ahead of unemployment, economic problems or inequality.

END_OF_DOCUMENT_TOKEN_TO_BE_REPLACED

In an era when the benefits of multilateralism are being questioned, income inequality is growing, and innovation and technology are transforming how people learn and work, the world needs a more equitable approach to globalization. Can Latin America and the Caribbean offer a way forward?

PARIS – These are hard times for international cooperation. With rising protectionism, burgeoning trade disputes, and a troubling lack of concern for shared interests like climate change, the world seems to be turning its back on multilateralism.

And yet cooperation remains one of our best hopes for addressing humanity’s most complex development-related challenges. Just as the Marshall Plan rebuilt a war-ravaged Europe and the Millennium Development Goals lifted some 471 million people out of extreme poverty, the international development agenda can still deliver results thanks to the combined potential of the 2030 Agenda for Sustainable Development, the Addis Ababa Action Agenda, and the Paris climate agreement.
END_OF_DOCUMENT_TOKEN_TO_BE_REPLACED

At Leather Wings, a small shoe-making outfit based in central Kathmandu, four women sit in a small room cutting up bright red cowhide imported from India. Next door, a dozen of their colleagues stitch the shapes together on sewing machines. The owner Samrat Dahal says the boots, designed by a German expat, sell via the Internet in India, China and Italy.

The company, founded in 1985, sums up some of the issues facing the Nepalese economy: entrepreneurial leaders at the helm of a committed workforce making a competitive and quality product for which overseas demand is ample. The problem isn’t finding buyers; it’s scaling up production to meet that demand. Exports by the handful of players in Nepal’s shoe industry totalled only USD 23 million in 2015. The task of boosting production in Nepal is doubly pressing given that the country already meets the criteria to graduate from the least developed country (LDC) category, something that the government wants to happen as soon as 2022. Nepal’s productive capacity predicament is typical of many LDCs. Moving onto a path of long-term prosperity requires structural transformation that expands production via manufacturing, services and higher-productivity agriculture.

END_OF_DOCUMENT_TOKEN_TO_BE_REPLACED

By Dr. Sebastian Galiani, Professor of Economics, University of Maryland 1 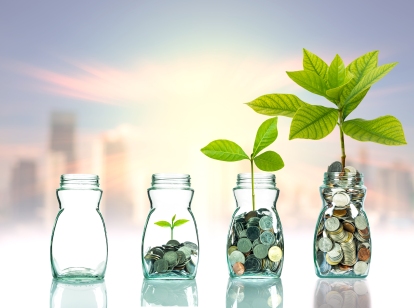 The present government in Argentina inherited a particularly high level of public spending compared to the country’s own history. Consolidated public expenditure for the three levels of government − nation, province and municipalities − reached 42.2% of Gross Domestic Product (GDP) in 2015. This is an almost 17 point hike from before the 2001-2002 crisis when this expenditure was 25.6% of GDP.

Three areas drove such growth in public spending. First, the public wage bill grew 4.8 points of GDP since 1998 − mainly driven by the provinces and municipalities. Second, pension benefits grew 4.7 points of GDP since 1998. And third, private transfers increased 5.0 points of GDP, of which subsidies to public services represented 3.6% of GDP. In contrast, public investment almost did not grow during 1998 to 2015, at 1.4 points of GDP. The end result was a level of primary spending that is higher than that of all Argentina’s Latin American neighbors, and up to 8 percentage points above what is expected for a country at its level of GDP per capita.

END_OF_DOCUMENT_TOKEN_TO_BE_REPLACED

Violence holds El Salvador’s economic and social development potential hostage. Violence and inequalities often reinforce each other in Latin America: countries with higher levels of inequality tend to have higher rates of intentional homicides (Figure 1). El Salvador, however, stands out. Its homicide rate is disproportionately high compared to its level of inequality. The small Central American country surpassed Honduras and Venezuela in 2015 to become the most violent country in the Americas, with 108 homicides per 100 000 inhabitants.

The violence and its consequences are costing the government, households and enterprises 16% of GDP annually. These costs include expenses for public and private security, extortion, medical treatments, preventing and combating violence, the penitentiary system, and the opportunity costs for those in prison or forced to emigrate. These costs exclude the intangible ones, such as the suffering of victims and their families, the long-term fear and psychological effects impacting their employability and that of future generations, and decreased trust in the community and state.
END_OF_DOCUMENT_TOKEN_TO_BE_REPLACED