Women are deliberately targeted in conflict

When conflict happens, the rule of law breaks down, freedom of movement is restricted, institutions and services are weakened, creating a lack of access to social services and information, and to food and livelihoods. This situation affects the entire population, but it disproportionately affects women. Research has shown that female-headed households are more vulnerable to stress and less capable of absorbing shocks, due to gender inequality, cultural restrictions and the feminisation of poverty. Conflict affects women and men differently and existing gender inequalities are compounded in times of conflict. Women and girls make up a large proportion of internally displaced populations (IDPs) and refugees. In Burkina Faso, 51% of IDPs are girls under the age of 14. Moreover, gender norms that associate masculinity with aggression make men more likely to perpetrate violence against those over whom they have power – usually women and children.

Overall, conflict increases women’s exposure and vulnerability to sexual and gender-based violence. The Sahel and West Africa Club’s publication on Women and Conflict in West Africa, shows that Islamist organisations and militias deliberately target women. In north-eastern Nigeria where Boko Haram has its roots, women are victims of systemic attacks and kidnappings, and are forced into slavery as sex slaves, informants and even fighters. Additionally, women in conflict are victims of rape and forced prostitution, pregnancy, abortion, sterilisation and marriage, as well as many other forms of sexual violence. The higher risk and exposure to sexual and gender-based violence during conflict leads to increased reproductive health problems, which, compounded with the lack of access to health services in particular in conflict settings, have a severely detrimental effect on women and girls. Age compounds gender discrimination and disparities: in conflict and post-conflict contexts, adolescent girls and young women face even higher risks. Moreover, conflict widens the gender gap in school enrolment and retention.

END_OF_DOCUMENT_TOKEN_TO_BE_REPLACED 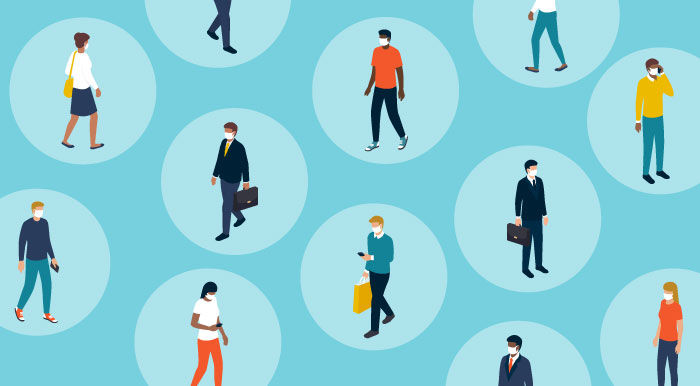 The IMF anticipates that the “Great Lockdown” will have a more devastating impact on the global economy than the Global Financial Crisis. For the African continent, it is forecasting “an unprecedented threat to Africa’s development with a decline projected at “1.6% in 2020, and real per capita income to fall by even more – 3.9% on average.” This is because many African economies are disproportionally affected by sudden stops in the global economy. A collapse in global demand and supply has resulted in a sharp decline in key commodity prices and export volumes. Related to this, flight to safety has resulted in tighter financial conditions with more than $4.2 billion outflows from African countries since February 2020. Less optimistic, the World Bank forecasts that Sub-Saharan Africa will “contract 2.1% to 5.1% from growth of 2.4% last year, costing the region $37 billion to $79 billion in output losses’. Under any scenario, the outlook for Sub-Saharan Africa remains bleak, and urgent interventions are required to prevent unmitigated health, social, economic and political crises. Debt relief is an important component of the crisis-response package. As David Pilling put it in the Financial Times, debt relief to Africa is in the self-interest of the rest of the world. However, for these efforts to work and not sow the seeds of future financial problems, the lessons from past debt relief initiatives and the changed nature of Africa’s debt must be taken into account. END_OF_DOCUMENT_TOKEN_TO_BE_REPLACED

West Africa is in the midst of a food crisis of exceptional magnitude. The recent meeting of the Food Crisis Prevention Network — which monitors the food and nutrition situation in the Sahel and West Africa — reported that the crisis is expected to affect 17 million people in the coming months; twice as many as the average of previous years. This worsening situation is mainly due to a high level of insecurity.

The COVID-19 pandemic is already hitting the region hard as a result of the collapse of world commodity prices, the devaluation of some currencies, inflation and difficulties in importing agricultural inputs. Moreover, some policy responses, such as limiting mobility, closing or restricting market activity — are de facto threatening the livelihoods of the majority of the population. It is feared that the spread of the pandemic will be rapid and massive, especially since — despite a young population — the immune systems of millions of people are weakened by malnutrition or chronic illnesses. END_OF_DOCUMENT_TOKEN_TO_BE_REPLACED 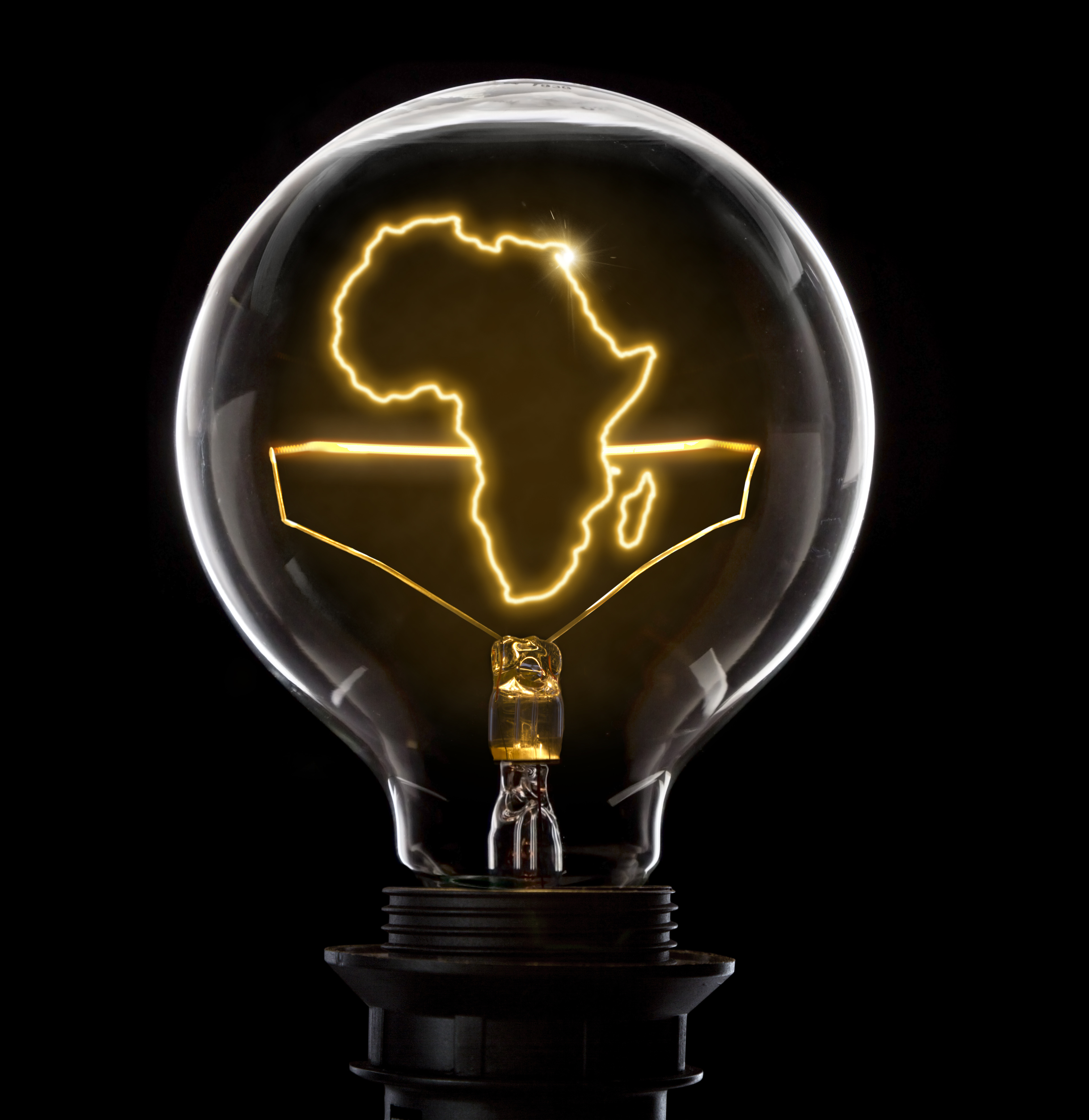 A review of on-going industrial strategies (Africa’s Development Dynamics 2019 report) shows that most African countries have the ambition to expand processing activities in sub-sectors such as agro-industries, fertilisers, metals and construction materials. To achieve this, it is urgent to improve the quality of energy supply across the continent. Regional co-operation for energy among Africa’s cross-border intermediary cities can be a game changer.

First, let’s take a look at the main challenges

Today, industrial processing activities and transport services account for no more than 35% of total energy consumption in Africa (see Figure 1, based on the OECD/IEA 2019 database). Africa’s electrical networks are struggling to cope with current needs: on average, firms in sub-Saharan Africa face 8.5 electricity outages a month (World Bank, Enterprise surveys, 2019), and 40.5% of them consider insufficient access to energy to be a major constraint to their growth and competitiveness.
END_OF_DOCUMENT_TOKEN_TO_BE_REPLACED

The security situation in North and West Africa has taken a worrying turn. Within the span of a few years, Mali has faced a military coup, a secessionist rebellion, a Western military intervention, and several major terrorist attacks. In the Lake Chad region, Boko Haram is attempting to revive an Emirate, killing thousands and forcing hundreds of thousands to flee to neighbouring countries. In Libya, the bombing campaign by NATO in 2011 hardly put an end to the civil war that continues to oppose rebels and militias. If the trend observed so far continues, this year will be the deadliest recorded in the region since 1997, with more than 8 300 killed through June.

Despite the multiplication of security studies, the geography of conflict throughout the region is obscured by the large number of belligerents, their divergent political strategies, and a focus on individual countries as the primary context of the continuing violence. While violence remains on the increase, it remains unclear whether violent organisations are intensifying their efforts in particular localities, spreading insecurity to a growing number of regions, or relocating under the pressure of government forces. END_OF_DOCUMENT_TOKEN_TO_BE_REPLACED

The situation in the Sahel is concerning as community conflicts add to existing security, humanitarian and development challenges. What is now at hand is an emergency requiring the Sahel countries to respond with a sense of urgency. And not only is a greater and effective State presence necessary, but also improved synergies and coordination amongst stakeholders, including beneficiary communities and the private sector whose role is often overshadowed and underleveraged.

Here’s what we know: security challenges in the Sahel region put additional pressure on governments’ budget. This consequently generates significant macroeconomic and fiscal costs. Mali, for example, almost quadrupled its military spending from USD 132 million to USD 495 million from 2013 to 2018 according to figures from the Stockholm International Peace Research Institute (SIPRI). Over the same period, Niger increased its military spending by 2.5-fold, from USD 91.6 million to USD 230 million, while Burkina Faso doubled its expenditures from USD 142 million to USD 312 million. Mauritania spent 4.1% of its GDP on security spending in 2016, while Chad spent the equivalent of 5.6% in 2013. Such security expenditures often crowd out social investments. In 2018, for instance, Niger spent 17% of its total budget on security compared to 11% on health. If this trend persists, it would hinder the States’ ability to implement critical social programmes needed to achieve the Sustainable Development Goals (SDGs). END_OF_DOCUMENT_TOKEN_TO_BE_REPLACED

The Sahel and the Sahara are faced with exceptional political instability involving a combination of rebellions, jihadist insurgencies, coups d’état, protest movements and illegal trafficking. Analysis of the outbreaks of violence reveals that the region is not just the victim of an escalation of wars and conflicts that marked the 20th century. The Sahel-Sahara has also become the setting of a globalised security environment, in which boundaries between what is local and global, domestic and international, military and civilian, politics and identity are blurred.

A shared characteristic of many conflicts in the Sahel-Sahara is that belligerents often leverage global ideas to pursue local and national claims. Boko Haram, for example, simultaneously exploits the pan-Islamist vision of a unified Muslim world, whose boundaries transcend national borders to embrace all believers, and the historical narrative of the Kanem-Bornu empire that reigned over the Lake Chad region for around 1 000 years. These players also rely on the investment of global resources into struggles that are driven by local and national aspirations. For Al Qaeda in the Islamic Maghreb (AQIM), in particular, the unofficial ransoms paid by foreign governments in exchange for hostages represent amounts estimated at several tens of millions of dollars.
END_OF_DOCUMENT_TOKEN_TO_BE_REPLACED