This blog * is part of a series on tackling COVID-19 in developing countries. Visit the OECD dedicated page to access the OECD’s data, analysis and recommendations on the health, economic, financial and societal impacts of COVID-19 worldwide.

Here’s a striking statistic: Low-income and lower-middle income countries (LICs and LMICs) account for almost half of the global population but they make up only 2 percent of the global death toll attributed to COVID-19. We think this difference is unreal.

Views about the severity of the pandemic have evolved a lot since its outbreak in Wuhan. First, we thought it was just China. But in a matter of weeks, 3.5 million people in 210 countries and territories had become infected. A local epidemic became a full-scale pandemic, entire countries were locked down, and now the world faces the prospect of the worst economic downturn since the Great Depression.

Will we soon have to adjust our views again? Will the burden of COVID-19 mortality soon travel in a different direction? Will new epicenters emerge outside of the high-income world? Is this just the beginning for the developing world? To begin addressing these questions, it is useful to first analyze the reported data and get a better feel for the contrasts and inequalities. END_OF_DOCUMENT_TOKEN_TO_BE_REPLACED

With the resounding failure of the UN COPs to mobilize a strong international response to climate change and inequality, concerned citizens around the world are rightly beginning to show frustration and even anger. And yet, at long last on the final year before the turn of the decade, a major high-income donor of international aid publicly proclaimed it would step up to the plate and propose radical change.

The new EU Commission promised to bring to the floor a “European Green Deal” that will drastically transform the very foundations of the EU economy. The green deal has clear implications for fighting inequalities, as well as for development. The “EU can use its influence, expertise and financial resources to mobilize its neighbors and partners to join it on a sustainable path.” The EU announces a strong “green deal diplomacy” focused on supporting sustainable development globally, engaging countries to end fossil fuel subsidies, phasing out fossil-fuel based infrastructure, investing in climate finance and climate resilience, promoting green regulations, and creating an international carbon market to provide reform incentives. END_OF_DOCUMENT_TOKEN_TO_BE_REPLACED

This blog is part of a special series exploring subjects at the core of the Human-Centred Business Model (HCBM). The HCBM seeks to develop an innovative – human-centred – business model based on a common, holistic and integrated set of economic, social, environmental and ethical rights-based principles. Read more about the HCBM here, and check out an event about it here

The HCBM project originated in 2015 within the World Bank’s Global Forum on Law, Justice and Development and is now based at the OECD’s Development Centre

We have witnessed numerous efforts to enhance gender equality throughout the past decade. Legal reforms are taking place worldwide, and discriminatory laws are slowly being struck down in favour of parity.[1] But despite developments in employment laws, inequality persists. Women’s labour participation has been stagnant, and last year, the already low number of female CEOs tumbled even further.[2] As the provider of 90% of jobs worldwide,[3] the private sector plays a significant role in the push for gender equality in employment. By adopting gender-smart policies, companies may be able to fill the gaps unaddressed by laws and minimise the impacts of inequality in the workplace. Although not all women work in these institutions, such policies are nonetheless impactful for those who do and could set in motion a new and replicable culture of work – one that is both business-smart and more gender-inclusive. END_OF_DOCUMENT_TOKEN_TO_BE_REPLACED

The author reflects on points raised in Development Matters blogs on the same topic by Shahra Razavi, Gaelle Ferrant and Caroline Tassot, and Liévin Feliho 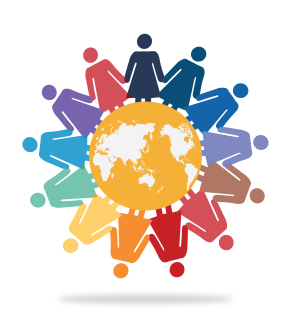 Many very relevant things have been said about the adverse impact of gender-blind social protection systems on gender equality. Yet, at a time when many countries are embracing universal social protection, more clarity is needed on who amongst potential beneficiaries are most at risk of falling into the gender inequality trap. In the absence of gender-sensitive social protection reforms, my take is that the risk may fall disproportionately on those who may not be eligible for social assistance and who rely exclusively on social insurance systems. Indeed, gender-blind social insurance creates enormous space for perpetuating gender inequality.

Understanding why begins with recalling that social protection typically encompasses both social insurance and social assistance.
On the one hand, social assistance programmes are not conditional on previous payments of contributions. They are usually financed through general taxation and external resources. In developing countries, social assistance schemes have witnessed the most rapid growth amongst social protection programmes. By and large, social assistance, including cash transfers and benefits related to maternity and children, and social pensions have been instrumental in addressing gender-specific constraints in the labour market and society in general, increasing women’s income security and labour force participation. Yet, some specific forms of social assistance schemes are not free from criticism. Shahra Razavi rightly blames the paternalistic conditionalities often attached to cash transfer schemes for not acknowledging women as workers but instead reinforcing their traditional role as caregivers. Conditional cash transfers can also increase the opportunity costs for women to participate in the labour market by exposing them to greater insecurity if they have to travel long distances to reach collection points or health facilities. Still, I think it is fair to say that gains for women from expanding social assistance outweigh the costs. END_OF_DOCUMENT_TOKEN_TO_BE_REPLACED

The numerous initiatives created over the last 20 years using Information and Communication Technologies for Development (ICT4D) have transformed the lives of many people living in poorer countries. However, at the same time, they have also greatly increased the economic power and wealth of the owners and shareholders of large global technology corporations. In 2017, Oxfam reported that eight men owned the same wealth as the poorest half of humanity; five of these men made most of their wealth directly from the technology sector.3 Of course, such technologies can reduce inequalities, but the hidden, ugly secret of “digital development” is that instead of improving the lives of the poorest and most marginalised, such technologies have actually dramatically increased inequality at all scales, from the global to the local.

Few people and organisations emphasise this, focusing instead on the glass being half-full rather than half-empty. The International Telecommunication Union (ITU) and countless others have thus recently praised the achievement that 51.2% of the world’s population were using the Internet by the end of 2018.4 However, this means that 48.8% are still not using it. If the Internet brings benefits, then just under half of the world’s people are being structurally disadvantaged. Yet, this need not be. If we have the will to do so, we can indeed work together with people with disabilities, children at risk of living and working on the streets, refugees, women and girls in patriarchal societies, ethnic minorities, and those living in geographically isolated areas to help empower them through the design and use of relevant technologies. END_OF_DOCUMENT_TOKEN_TO_BE_REPLACED