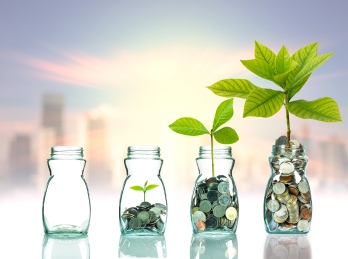 Additionality is the thorn in the side of Development Finance Institutions (DFIs). It means: making an investment happen that would not have otherwise. Of course, everybody in development wants to make things happen that would not otherwise, and the possibility that aid substitutes for domestic efforts is a concern in other contexts. But additionality torments DFIs because of the constant suspicion that they crowd out private financiers by investing in products that would have been viable without public support.

DFIs are regularly called upon to provide rigorous evidence that their investments are additional. Rigorous quantitative evidence, in the eyes of academics, requires some credible method of estimating the counterfactual (what would have happened otherwise). And that requires something like a randomised control trial or a natural experiment or a valid instrumental variable. Yet, none of these is feasible in the world of DFIs. And without that, we are unable to distinguish correlation from causation.
END_OF_DOCUMENT_TOKEN_TO_BE_REPLACED

The idea of using official development assistance (ODA) to leverage private finance is a staple of the financing for development circuit and features heavily in most donors’ strategies. Experienced financiers both from official sector development finance institutions (DFIs) and private investors are, however, still feeling their way into this field’s unfamiliar territory. DFIs for the most part emphasise the importance of providing finance on non-concessional terms to avoid distorting markets and crowding-out other sources of finance. Though some standard elements of their business could fall under the rubric of blended finance, such as grant-funded technical assistance, for the most part DFIs and development banks have treated explicit subsidies to private enterprises as dangerous medicine to be prescribed rarely. Now the pressure is mounting to find more creative ways to leverage private finance using ODA. But how?