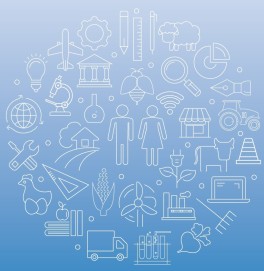 The 2030 Agenda strengthens the prominence of international trade as both a goal of and a means to sustainable development. It also recognises the importance of Aid for Trade. Sweden, for one, is highly dedicated to these commitments and supportive of the Aid for Trade initiative. Additionally, as the Foreign Trade Minister of the world’s first officially feminist government, I use the WTO’s and EU’s free trade agreements as well as Aid for Trade as important platforms for pushing forward the gender equality agenda.

Historically, trade has been an engine for development and poverty reduction by boosting growth, particularly in developing countries. The world has witnessed an enormous economic transformation over the past three decades. As goods, services, capital and people flow across countries faster than ever before, information and knowledge have become global commodities. In addition, the digital revolution unleashes great opportunities for growth, jobs and sustainable development around the world. At the same time, the OECD has found that worldwide, some 250 million fewer women than men are online. Many of them are in developing countries. This comes at a time when plenty of evidence suggests that digital access can help boost women’s personal development and wider prosperity. Intel’s Women and the Web report found that enabling greater Internet access in the developing world would contribute an estimated USD 13 to 18 billion to annual GDP across 144 countries.

Given that the SDGs significantly emphasise the role that trade plays in achieving the global goals and the 2030 Agenda, it is eye-opening to learn that only a small part of gender marked Aid for Trade goes to the category of “trade policy”. What is also surprising is that few donors integrate gender perspectives in key Aid for Trade sectors, such as the ICT sector. If this is due to a lack of guidelines, then setting up such guidelines is essential for contributing to women’s economic empowerment and achieving the global goals and the 2030 Agenda.

Analyses like these are extremely relevant and useful in moving from talk to action. Indeed, this is very much a wake-up call for both donors and partner countries to take gender issues in trade more seriously. The gender policy marker is a useful tool in this regard. So, we are aware of and welcome the continuous quality assurances that the OECD Development Assistance Committee (DAC) is carrying out to ensure harmoniously applying the gender marker amongst donors of Aid for Trade.