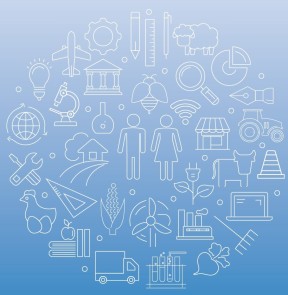 Bangladesh is preparing to graduate from the category of least developed countries (LDCs). Robust multi-year economic growth of more than 6-7% has helped this South Asian nation make remarkable progress in reducing extreme poverty from 44.2% in 1991 to 13.9% in 2017. In parallel, life expectancy, literacy rates and per capita food production have increased significantly. Rapid growth enabled Bangladesh to reach the lower middle-income country status in 2015; it now aspires to become an upper middle-income country by its 50th anniversary in 2021. Trade has been at the heart of this success story (see Figure 1). Exports of textiles and garments are driving integration into the global economy, with new products becoming part of the country’s export basket. Will Bangladesh be able to continue to rely on trade for increased growth? Will conditions remain for other LDCs to follow?

Trade is a critical contributor to growth, helping to boost incomes, create jobs through new market access opportunities and reduce poverty. As such, trade plays a key role in the delivery of the Sustainable Development Goals. The current trading environment, however, is inadequately supportive. After growing at 5.4% in 2017, goods and services trade volumes grew at only 3.8% in 2018, with gross domestic product growth only slightly lower, at 3%. Trade is no longer the engine of growth it was before the great financial crisis.

In addition, new technologies are bringing major changes to the global economy and to patterns of production, trade and investment. The spread of global value chains, which was a key driver of global trade and development in recent decades, is being challenged. Lower income countries, which have relied on manufacturing for increasing productivity and driving growth, while creating jobs, may find it more difficult to do so going forward.

And last, protectionist forces and unilateralism in some advanced countries are in full force, questioning some of the fundamental principles of the multilateral trading system and threatening important functions of the World Trade Organization (WTO). Trade frictions are undermining confidence and threaten to derail global growth. Rising protectionism and uncertainty are already taking a toll on investors, markets and supply chains. The world, and particularly LDCs, stand to lose from a return to a trading system in which power and politics, rather than market competition, allocate resources and inform business decisions.

So, how can more LDCs benefit from trade? Three trade challenges need to be tackled for LDCs to converge and eradicate poverty.

First, a constructive contribution from all countries is required to manage tensions in a way that avoids fragmentation and helps improve the functioning and effectiveness of the global trading system. Continued trade frictions are likely in the short term, even if bilateral patches are found. The answer lies in brokering a reinvigorated trade negotiations agenda to modernise and strengthen the rules-based trade system. The future growth of trade will depend on how effectively existing agreements prevent recourse to protectionism and how rapidly new ones boost trade.

Second, deliberate efforts are necessary to integrate the next wave of developing countries, particularly LDCs, into world trade. Bringing many emerging and lower-income economies into global trade has been an important source of growth and dynamism in recent decades, as Bangladesh shows. LDCs’ share of global exports, however, dropped below 1% for the first time in a decade in 2016 and remains there. One major impediment is high trade costs. Low-income countries as a group still face trade costs that are around three times higher than advanced economies. This means that firms that might otherwise trade and invest in these markets of more than 600 million people go elsewhere. The reasons vary but include poor infrastructure, weak logistics, antiquated customs procedures, and outdated legal and regulatory structures. Lowering these trade costs would make firms in developing countries more competitive, allowing them to benefit more from trade opportunities.

And third, all groups need to connect to the potential benefits of trade, and when people experience negative impacts, those are to be addressed. More people need to connect to the potential gains of trade. This is particularly the case for the poor who live in isolated rural communities, work in the informal sector, and reside in fragile and conflict-affected states. The agenda to connect women more fully to the benefits of trade is especially important, but this also requires addressing inequality of opportunity, within and outside the household, that limits gains from trade opportunities. For LDCs, trade-related adjustment assistance is not just about managing costs, but also about building the resilience of economies and workers to participate in an open global economy. Skills, education and infrastructure are all essential ingredients.

In explaining the importance of the Atlantic Charter – the genesis of the multilateral trading system – Winston Churchill said: “We have definitely adopted the view that it is not in the interests of the world that any nation should be unprosperous or shut out from the means of making a decent living for itself and its people by industry and enterprise.” The time has come for the new wave of LDCs to follow Bangladesh in leveraging trade for increased growth and prosperity.