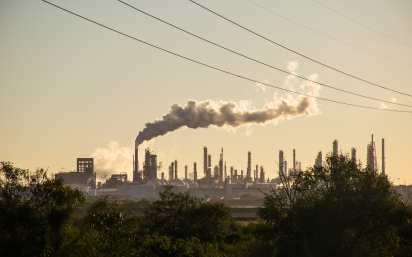 Time is running out. The climate crisis is rapidly altering the systems that underpin life on Earth, multiplying existing threats to development while creating new obstacles. It will influence how countries develop for the rest of this century and beyond. As we head into 2020 — when countries will prepare and submit their next round of commitments under the Paris Agreement to commence its implementation — it is timely to check in on progress so far. Specifically, how donor countries and providers of development co-operation are accounting for climate change and aligning their activities with the objectives of the Agreement to ensure they are not supporting unsustainable development.

The climate crisis is affecting communities across the globe, most recently contributing to catastrophic bushfires in multiple states of Australia.  At the same time in the central and southern parts of Mozambique, at least 1.6 million people are in need of assistance due to the devastating effects of the ongoing drought and increasingly severe weather events linked to climate change. These event have been unfolding just months after disastrous fires in the Amazon, underscoring that we are indeed living in a new normal. Amid these events, at the 2019 United Nations (UN) Climate Action Summit in New York this past September, the OECD brought together over 30 climate and development leaders to urgently discuss the imperative to align the development and climate agendas, reflecting on key messages and priorities for the institutions that provide development co-operation.

The 2018 special report from the Intergovernmental Panel on Climate Change (IPCC) notes that global emissions need to roughly halve by 2030 in order to keep the goal of limiting the average global temperature increase to 1.5°C in sight.[i]  A global temperature rise of 2°C, versus 1.5°C, will expose up to several hundred million more people to climate-related risk and poverty by 2050.[ii] Disasters triggered by weather and climate-related hazards caused thousands of deaths and 320 billion USD in losses in 2017, and could additionally lead to over 140 million climate migrants by 2050.[iii] [iv]  Alternatively, we know that combined action for growth and climate yields a net positive impact on GDP, and that low-carbon growth could yield a direct economic gain of USD 26 trillion through to 2030, compared to growth using current, emissions-intensive development pathways.[v]

If the 2030 Agenda for Sustainable Development is to be realised — including poverty alleviation goals — it is critical that donor countries and the institutions that provide development co-operation work to align their policies, financing and mandates with the Paris Agreement. A concerted and coherent approach to aligning development co-operation has the potential to accelerate the shift to low-emissions pathways, build resilience to adverse climate impacts, help to ensure that no one is left behind in the transition, and strengthen the health of the ecosystems that support life on Earth.

To highlight this opportunity, the OECD released a new report, Aligning Development Co‑operation and Climate Action: The Only Way Forward just ahead of the UN Climate Change Conference (COP 25). The report outlines how donor countries and development co-operation providers can make changes to help create low-emissions, climate-resilient economies, and avoid supporting activities that lock the world into an unsustainable future.

The world needs climate-informed development that reflects the latest evidence of climate change and its impact on development. Yet, four years on from the Paris Agreement, the report finds that many developed and developing countries are still supporting unsustainable development pathways that do not factor in the climate crisis.

At the same time, development finance is still being invested in fossil fuel-based energy, despite what the science shows about the urgency of the transition needed. In 2016 and 2017, an annual average of USD 3.9 billion — that is, 1.4% of total development finance of USD 283 billion — was used for fossil fuel activities. Of that amount, 23% was bilateral aid from Development Assistance Committee (DAC) members. Almost all of the remaining 77% was development finance from multilateral providers.

Momentum to align is growing, as more bilateral and multilateral providers commit to aligning development flows with the Paris Agreement. Yet progress is not happening quickly enough. We need a more systemic effort. Low-emissions, climate-resilient pathways are the only sound option for achieving sustainable development.