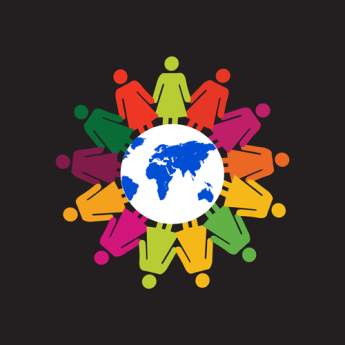 In 1968, Chairman Mao might have proclaimed that women hold up half the sky, but it remains a sad fact that the majority of top African and Chinese politicians are still men. This is also the case for CEOs of state-owned and other large Chinese and African businesses. No woman has been president of any African country since Ellen Johnson Sirleaf stepped down last year, and in a recent study by the World Economic Forum (WEF), China was ranked 77th out of 144 countries in terms of female political representation, and 86th for economic participation and opportunity. Only eight sub-Saharan African countries featured overall in the top 50 of the same index. When I attended the Forum on China Africa Cooperation (FOCAC) in 2015, which has been running since 2000 and tends to be a very government-led affair, only two women were prominent – the head of the African Union Commission at the time Nkosazana Dlamini-Zuma, and Kenya’s then Foreign Minister Amina Mohamed.

But I am now noticing an interesting new phenomenon: Women from all over the world seem to be aiming to shape China-Africa relations.

Here’s a brief list of top hitters in no particular order: Irene Yuan Sun, who  just wrote her first book on China’s impact on African manufacturing; Lina Ayenew Getatchew, author of a pioneering guide to Chinese for Amharic speakers to help Ethiopians make the most from their ever-increasing Chinese business partners; Dr Deborah Brautigam, who finds the time to teach, write and head what is arguably the best depository in the world on China-Africa statistics; Helen Hai, UNIDO’s goodwill ambassador and CEO of the Made in Africa Initiative; Beatrice Marshall, an eloquent Kenyan news anchor who is helping African citizens better understand Chinese perspectives on the world; Tebogo Lefifi, former 8-year long country director of Brand South Africa in China and co-founder of the Sino-Africa Center for Excellence based in Nairobi; Jane Xing, who oversees the Gates Foundation’s multi-million dollar China-Africa strategy; Stephany Zoo, who just launched the first – and much needed – practically-oriented China-Africa tech initiative; and Dr. Catherine Sozi, Regional Director for UNAIDs who has spearheaded several China-Africa health programmes including in her home country of Uganda, as well as a collaboration between African and China’s First Ladies to eliminate AIDS. The impressive list could and does go on and on.

But why are women so interested in this area of economic and international relations? And perhaps more importantly, are they really, as women, having a distinctive impact?

As a woman who interacts with these and other internationally-focused, smart and ambitious women every day, I believe China-Africa relations attract their interest for two reasons.

The first reason is the very real potential to shape the realities and help fulfil the personal aspirations of other women. There is no better incentive than knowing you might be creating a job for a new female graduate, making it easier for women to work, or bringing in new sources of income directly to women and their children’s pockets. A 2016 ILO report found that in sub-Saharan Africa, over 60% of all working women remain in agriculture, unpaid or poorly remunerated, and carry out at least two and half times more unpaid household and care work than men.

This potential impact can be harnessed two-ways: by impacting Chinese stakeholders engaging with the African continent, especially as part of the Belt and Road Initiative, as well as by enlarging China’s potential as a market for African goods. So many of the people who visit Guangzhou and Yiwu, China’s hubs for small commodities and other goods, are African women, sourcing cheap materials for their businesses back home. In time, these could be the women who will sell products back to China, manufactured in African countries.

The second reason China-Africa relations are motivating these women is that the private sector is becoming more crucial within that relationship. Yes, the Chinese state remains involved, but as I have argued elsewhere, African countries no longer simply need Chinese support for new infrastructure projects. They also need Chinese private direct investment, and there’s not yet enough of it. It is no coincidence, then, that both Chinese and African women are increasingly at the helm. Successful female entrepreneurship is dominated globally by Chinese women, while several African countries are now world leaders in terms of female-owned businesses. Women are seeing opportunities in both China and Africa and are grabbing them, drawing in the investment and other forms of support. This trend is set to continue, and partnerships can strengthen it.

So, this brings me to the bigger question. Does it matter that women are trying to influence China-Africa relations? Can they really make a difference when the politics – including China’s Belt and Road Initiative – have been so male dominated to date?

The women I’ve mentioned and others are not just passionate about what they do. They are also persuasive. They know their numbers and their markets. They are advocates for real action, success stories, transparency, evidence. They are advising those male, top politicians and business leaders, and earning money while they do that they are ploughing back into other women and women-dominated factories and classrooms all over the world.

They are worth watching. Because if they plan to leave behind any legacy it is to make sure African and Chinese women together hold up more than half the sky around the world. So, as we say in China, 加油 (go fast)!